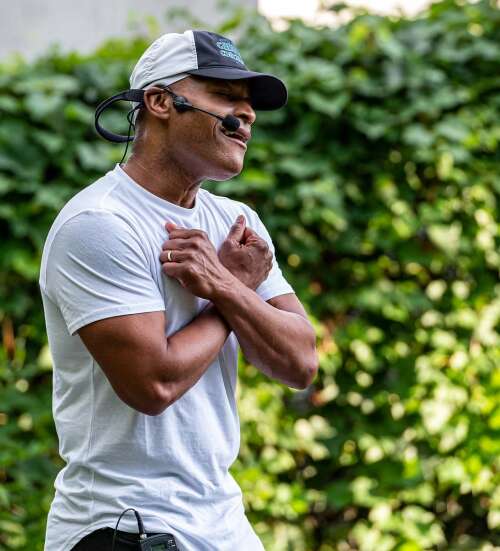 Lee's interest and talent for music were evident at a very early age. As the son of famous Jamaican record producer Bunny Lee and recording artist Merlene Webber, Lee was immersed in the music industry from a very early age. It was only natural he would pursue a career in music. He began by writing songs and performing them on local television shows and at local venues. After a while, he became disenchanted with the recording and performance industry.

Lee found his niche when he began to involve himself in community service. Volunteering his time with various organizations, he realized that he could use his music to make an impact on the lives of young people who desperately needed a positive role model in their lives. Lee also offers his message to corporations and organizations throughout North America.

"A positive message is especially meaningful in today's world. There is so much negativity, violence, sadness, and pain that kids – and adults – struggle to stay upbeat and feel engaged. If my songs and presentations can move even one person to feel more confident in themselves then it is worth the effort."