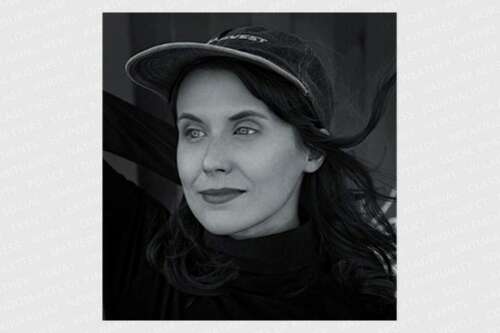 Douris is a director, animator, and Juno-nominated visual artist who has recently set up shop in Orillia. She has worn many hats on notable kids' television shows such as the Emmy-nominated Miss Persona, on which she is a production designer, as well as contributing director and animator, as well as CBC's Does it Fart? Minipop Kids, and The Wiggles. Douris also has a wealth of experience in Canada's music industry - directing both live-action and animated videos for bands, including Andy Shauf - which earned her a 2022 Prism Prize nomination - Sarah Harmer, Tokyo Police Club, and Anyway Gang – and has been featured internationally on outlets such as NME, Stereogum, NOW and Much Music. Her design work for Hollerado's White Paint album earned her a Juno nomination. As a touring musician, she's played countless shows at home and abroad in bands such as Bossie, Hollerado, Stella Ella Ola and Anyway Gang.